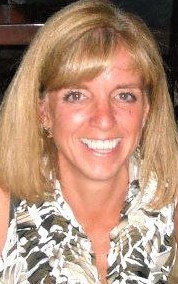 This issue of Coaching Conversations e-news features Pam Kuechler as the Voice of Experience.  Currently, Pam serves as the Executive Director of Massachusetts the Head Start Association, a role she has held for 4 years.  Pam started her career working with teenagers. For six years, she worked with the Key Program, Inc. as the outreach caseworker in a community based treatment program serving troubled adolescents and their families.

“This work and other experiences with kids who had such difficult lives validated for me the importance of just having one significant adult in their lives; to make a difference in turning their lives around.  I worked in community programs in Massachusetts, and Rhode Island for six years; then I had a child and the opportunity come up to run the Family Center in New Bedford,” Pam said.

Funded through P.A.C.E Inc. Child Care Works, the Family Center was a unique school based family support and family literacy program that was supported by multiple funding streams.  The work targeted families, children and adults as learners.  After a successful launching of this program and maintaining its high level of quality through the years, Pam then assumed the role of Program Director at P.A.C.E where she was responsible for the general oversight of the Child Care Resources and Referral Program, which oversaw the Family Center.  In her current role as one of the twenty-five Executive Directors of state level Head Start Associations, Pam has responsibilities that are both similar to and uniquely different from other Head Start Executive Directors depending on how each Association interfaces with governmental entities.

When asked to elaborate on the position, Pam responded:

In a nutshell, we do what the state folks cannot do.  We talk about how state policies and procedures blend with federal Head Start policies and procedures.  We try to navigate what’s required federally with what is required statewide and talk about streamlining requirements so as not to put undue burden on the programs.  At the same time, we work with government agencies and organizations to better understand Head Start’s role in the larger system.  I work in tandem with Carol Nolan, the Associate Commissioner for Grants and Programming, who represents Head Start at the MA Department of Early Education and Care to ensure that initiatives or policies are accurately depicted.

The other part of Pam’s role is to make connections and provide resources to Head Start programs. The Head Start Association holds monthly meetings which gives programs the opportunity to get together if there is a hot topic. Currently QRIS and specifically the level at which Head Start programs should enter the system is a hot topic. To tackle issues such as this Pam also often brings in a state expert to work with the Association members.

This month, Anita Moeller, the Deputy Commissioner for Program Administration at the Massachusetts Department of Early Education and Care, will join our meeting, Pam said.  We are trying to make the case that Head Start should enter the QRIS system at a level 3, given the complexity and quality embedded in the Head Start performance standards which all programs are required to meet.   We are also putting together a position paper about Head Start’s involvement in QRIS, which is another part of what we do. Anita is very open to listening to our rationale and justification for level 3 SRIS entry and in being a part of the decision making process.

Pam works with the Association leadership and with its members to define its position on certain initiatives.  Pam also provides TA to Head Start programs.

If folks are looking for professional development and they can’t get it from the TA Team, I help them locate appropriate specialists to support their work.  Last year, we began hosting small rather than large scale conferences to support program staff.

When asked to describe the most rewarding aspects of the work, Pam pointed to the ways in which Head Start is now viewed as part of the early education and care system.

People understand and know what Head Start is; they respect the work we do.  It is rewarding to tackle the important issues that impact our program like QRIS, to move the agenda forward. I find it really rewarding to see Head Start as part of the bigger early childhood system.  Head Start was viewed separately for a long time. I’ve always said, “yes, it’s a different type of program with different requirements but it has to be able to fit into the bigger picture locally and at the state level.

Pam describes the Massachusetts programs as awesome with getting the word out.

It’s really on the Head Start programs to build that local relationship. I try to push people to do as much of that as I can. They do a good job.  We have a Facebook page, and I have a Twitter account. I just retweet more than anything. I don’t really do that well. Head Start has a line item in the state budget and is looking for some additional money because there are more programs this year.  We are making sure our relationships with our congressional offices are strong.

When asked about role models or mentors that have influenced her work, Pam mentioned two individuals.  Dr. E. Bradford Weaver, the former principal of the New Hayden-McFadden School that housed the Family Center and Dr. Linda Warren, president of ECA.

Dr. Weaver was a visionary.  Twenty years ago, folks thought it was a crazy idea to have a family center in an elementary school. Dr. Weaver had an unfailing belief in the value of family engagement and no one could convince him not to invest space and time in its development.  I learned from him that if you had an idea that could benefit children that may not be accepted by everybody, continue to believe in it and move it forward. You can find success in that. He also had a way of working with people.  He was an easy-going guy who had the mindset that to disagree or say no to people did not mean that one had to take a negative or argumentative stance.  The other thing I learned from him is that collaboration is the path toward making things happen.  He welcomed all kinds of programs into his building and connected them to one another when possible.

I learned a lot from Linda Warren too. When I was at the Family Center, Linda served as the evaluator of the Family Center programs and the statewide evaluator of the Even Start Family Literacy initiative.  Her understanding of and approach to evaluation was so progressive. She could think outside the box; tailor questions to meet our program needs and present information about our program in ways that were understandable to diverse groups.   I have tremendous respect for the work she has done to move the EC field forward.

Coaching is challenging. It really takes to tremendous effort to put in place and implement a really good coaching model. Pam believes Head Start is probably ahead of their curve in its approach to coaching.

In Head Start, we learned a while ago that coaching is closely linked to teacher’s success. Coaching moves the needle on quality. Like a lot of things at Head Start, programs have been engaged in coaching longer than most programs and have been able to implement a strong coaching model.

Pam is encouraged to see in the new Head Start Performance standards that coaching is a requirement.

Teachers face so many challenges and must effectively address mental health and social emotional issues. Coaching can help address these challenges. Coaching makes teaching more intentional.  We are still trying to set up structures for using data for continuous quality improvement.  How programs and teachers use data and how they present it so that it links to quality improvements and classroom quality is part of an ongoing national conversation.

Head Start is moving toward a move diverse definition of coaching that extends it beyond a formal relationship.  Peer to peer coaching is a highly effective model that could be employed more consistently.